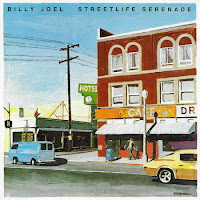 I would consider myself a Joel fan, having memorized many of his tunes and seen him in concert a couple of times. But if I'm being honest, I started my fandom with The Stranger when I was in middle school and never really explored his back catalog. I eventually picked up a copy of Turnstiles when I was in college, but didn't go any further. So, surprisingly, I've never heard the entire Streetlife Serenade album. However, I'm familiar with four of the ten tracks via live versions on Songs In The Attic and my (very) used copy of a 1977 promo-only sampler Souvenir. 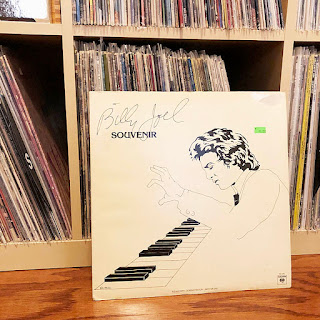 To rectify the situation decades after the fact, I placed an order and here we are. Let's take the cellophane off this thing and give it a long overdue spin. But first, here's what Joel had to say about the album back in 2011:
Press of the time: 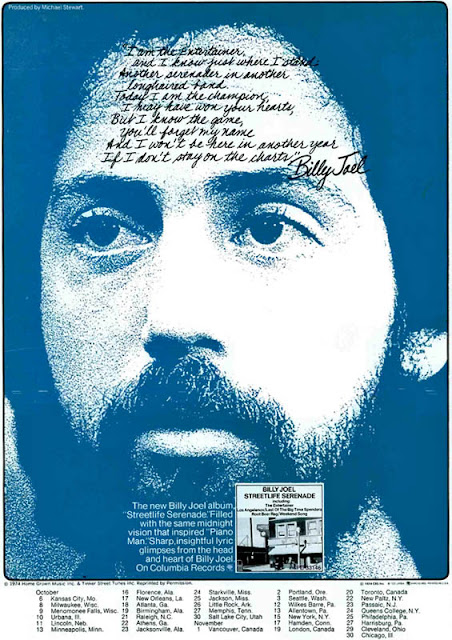 Chart peaks:
Tracks (many of these are first impressions, admittedly not the best way to write about an album):