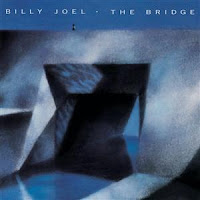 Joel had a good run in the late '70s/early '80s, but this album marks the point when he started to lose me as a fan. After having a few great concept albums (attempts at rock with Glass Houses, serious Beatlesque music with Nylon Curtain, and a doo-wop album with Innocent Man), this thing is just inconsistent as if Joel wanted us to know he could please everybody. To that end, we get duets with Cyndi Lauper and Ray Charles, a big band number, a movie soundtrack theme song, and attempts at power ballads. To his credit, you can hear piano on this album instead of only synths. That was rare in '86. Now it sounds dated and I'm not saying it's a bad album, but this release just doesn't measure up to its predecessors. I guess disappointing is the word to use.

Tracks: I don't think there are any real stand-out tracks here, but the better cuts are This Is The Time, Baby Grand, Big Man On Mulberry Street (which was used in one of the worst scenes ever filmed for the TV series Moonlighting), and Getting Closer (with a wicked organ solo from Steve Winwood). I'm not a fan of A Matter Of Trust, Temptation, and Code Of Silence (I can't stand Cyndi Lauper, so there ya go).


Personal Memory Associated with this CD: This reminds me of the summer of 1986, which I spent in San Antonio. Sure I lived with my parents and worked part-time at a Sizzler steakhouse, but I got to spend my off time exploring a wonderful city that has so much to offer. This album got plenty of playing time as I drove around the city in the Markmobile. Those were good carefree times.