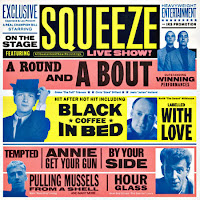 Note: this release was originally purchased as a CD which was either sold, stolen, traded or lost, then replaced by another CD.

About what you'd expect from a live album - crowd noise, between song banter, mostly faithful reproductions of the studio versions, few surprises. The mix is a bit off - heavy on snare, light on bass - if such things bother you. Soundboard recording, maybe? Essential only for fans and completists such as myself.

Tracks:
It's a nice blend of old hits and newer stuff - they were on tour at the time promoting Frank. I like the little changes they make to Footprints and Tempted plus the fan participation during Black Coffee In Bed & If It's Love (Tilbrook was still doing that bit when I saw him in 2013 and it continued to be a crowd-pleaser.)  Jools Holland certainly brought his A-game to these shows - he completely steals the middle section of the disc. Neither Up The Junction nor Hour Glass translate well live, but they're hits so ya gotta play 'em, right? Nonetheless, the band sounds like they're having fun on stage and that's contagious.
The biggest surprise of the night comes after they've played their signature tune, Tempted, when Tilbrook announces, "We're gonna do something we worked out at sound check this afternoon. We have played it before but we haven't played it for a long while and it's a bit of a different version. Might work, might not, but there it is." then they launch into a reggae-ish version of By Your Side. The original on the Cosi Fan Tutti Frutti album is an over-produced, synth-heavy cut, so this rendition shouldn't work for several reasons, but it does. 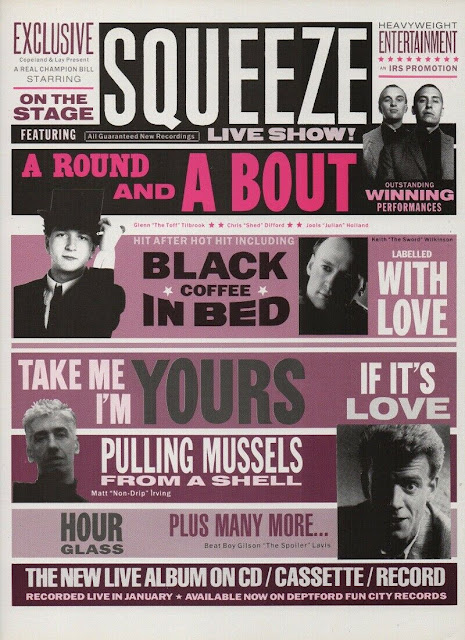 Personal Memory Associated with this CD: The first Squeeze CD I ever purchased - prior to that time, I only bought vinyl or tape. It seems unreal that there were 5-6 years when I bought CDs but had no in-dash CD player in my car/truck, but this album would definitely have been purchased during that span of time. Must have listened to this one at the house or I had to use one of these to hear it my car: 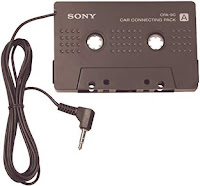 Email ThisBlogThis!Share to TwitterShare to FacebookShare to Pinterest
Labels: 1990, Squeeze