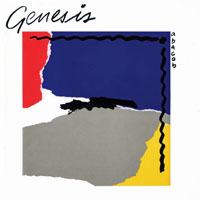 Note: this release was originally purchased as an LP, later replaced by this 2007 'Digital Remaster and Stereo Mix' CD

It's a bantamweight battle between Phil Collins' unabashed pop writing versus the group's prog-rock earlier days versus the up-and-coming New Wave sound. The bout ends in a draw, but I somewhat enjoy all styles on the album, particularly when they somehow all merge in the title cut. But good tracks are few and far between. Overall, I prefer Invisible Touch or, even better, Duke.
After abacabbing, the band focused on radio-ready, chart-topping releases and made truckloads of money. 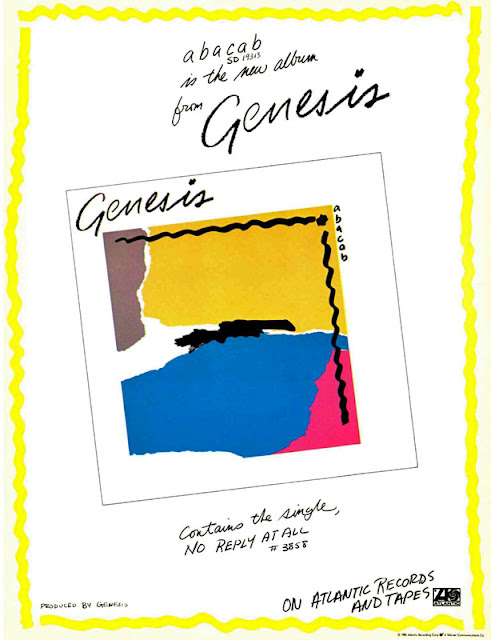 
Personal Memory Associated with this CD: I'm pretty sure my Genesis discovery went something like this: my buddy Jim gave me his copy of Duke in the early summer of 1982 and I played the heck out of it. Then I heard Paperlate on the radio so I went out and bought Three Sides Live. A few months later, I bought Abacab through one of those Columbia House scams (most people like to brag they got the better of Columbia House - myself included - but don't fool yourself, kids; Columbia House made a ton of money off all of us for decades until streaming finished them off.) I don't care much for That's All, so I never picked up the 1983 self-titled joint, but Invisible Touch soundtracked my summer of 1986. And then, for some reason now unknown, I was done with Genesis.
Remember taking those standardized aptitude tests in high school? The ones where the proctor said "there's no penalty for wrong answers, so just guess on the ones you don't know"? When we got near the end of the prescribed testing time, I would usually start singing this album's title tune in my head while filling in my answer sheet A-B-A-C-A-B-A-B-A-C-A-B and so on. If I knew then what I know now about standardized test construction and basic probability, I would have been better off just picking one letter and just sticking with that: B-B-B-B-B-B. However, I think I'm finally, gratefully done with multiple choice tests, so I don't need to clutter my mind with such things anymore. The real reason for the Abacab moniker is briefly explained here.