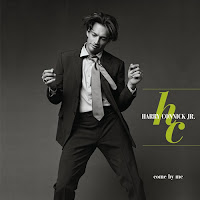 A Connick big band album released eight years after his previous big band recording, Blue Light, Red Light. What had happened in those 8 years? A swing music revival spurred along by the 1996 movie, Swingers. This album seems to be Connick response to groups like Squirrel Nut Zippers and Big Bad Voodoo Daddy: step aside, here's how it's done. And although the selections tend to be on the slow side (more for late night listening than top-down-open-road), Connick is in great voice, arrangements are top-drawer, and the band swings hard - what's not to like?

When fronting a big band, Connick often gets grief from critics that he sounds too much like Sinatra. Getouttahere with that mess. Hell, if you could sing like Sinatra, why wouldn't you? 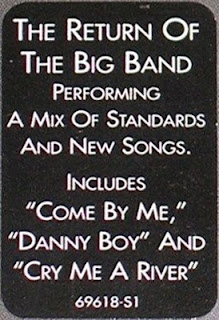 Tracks: 5 of the 13 tracks are Connick originals and they're all pleasant (the title track and Next Door Blues are the cream of that crop), but somewhat pale when compared to tunes from masters like Berlin, Porter, Mancini, and Kahn. Of the standards, my favorites here are Change Partners (Berlin, 1938), You'd Be So Easy To Love (Porter, 1934), and Cry Me A River (Hamilton, 1953). The only misstep is the painfully slow take on Danny Boy.

Personal Memory Associated with this CD: none, but I might be mixing this nicely with a blend of Sinatra, Bublé, and Ronstadt alongside some cognac real soon.