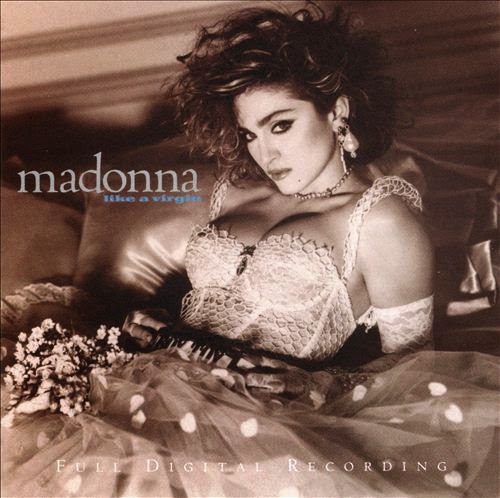 No sophomore slump here. Madonna brought in Nile Rodgers to produce, found a great bunch of dance tunes, put a sexy "Boy Toy" picture on the cover, and gave the whole package an ambiguous, suggestive, slightly controversial (at the time) title.  With this album, Madonna moved from pop singer to pop icon.  And she and Nile got the hits they wanted:


That's a lot of low numbers in the above chart.  Plus, Joel Whitburn over at Record Research lists the title track, Like A Virgin, as the top single of 1984 even though it was released very late in the year: November 6.  I didn't own this album simply because I didn't need it - I could either hear the music for free on the radio/MTV or my friends were playing their copy.  I certainly know the latter is true as I recognize all the songs on the album even though I haven't heard them in almost 30 years.  (Note: I just did a little digging and found the Sony cassette my wife owned back in '85.  This album was popular as we began dating, so that explains why I know these songs.) I didn't own a Madonna album until I picked up the soft rock goodness of True Blue on cassette a few years later. 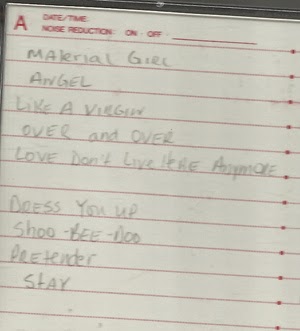 Madonna doesn't have a great voice, but she knows how to put together a package (e.g., the backing band for much of the album is freakin' Chic for chrissakes) and, with a few missteps, this album transcended the existing concepts of dance-pop and set the stage for dance music in the late '80s.

Tracks: The album leads off with three top 5 singles.  Where can it possible go from there?  Well, it gets a little uneven - I like the bouncy New Wave of Over And Over, but then comes the unnecessary cover of Rose Royce's Love Don't Live Here Anymore. Plus, the closing tracks of Pretender and Stay are below-par, if not danceable, filler.  Bottom line, skip the ends of what were sides one and two and you've got a fun album.


Personal Memory Associated with this CD: By the fall of 1985, I had become, briefly, somewhat smitten with Madonna.  I wasn't so infatuated that I needed a restraining order, but I had her poster up in my dorm room and had purchased her somewhat disappointing nude spread in Penthouse (my first adult magazine purchase).  It had less to do with music and more to do with image.  I think Madonna would like that.