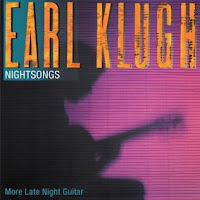 Very faintly, in the bottom left corner of the front cover, we're offered a subtitle: "More Late Night Guitar." That suggests this album is a sequel to Klugh's 1980 offering, Late Night Guitar. And if the two albums weren't recorded at the same session, you coulda fooled me. A quick check of those albums' credits proves that is not the case, but that doesn't change the fact these are two of a kind: calm, quiet, orchestrated tunes (mostly standards) with gentle melodies provided by Klugh on acoustic guitar. So peaceful and relaxing, I don't recommend listening during daylight hours - these are truly Nightsongs. And, of course, pair it with the 1980 album. 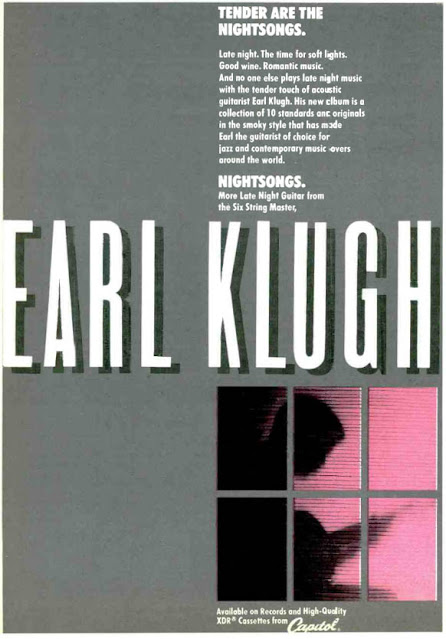 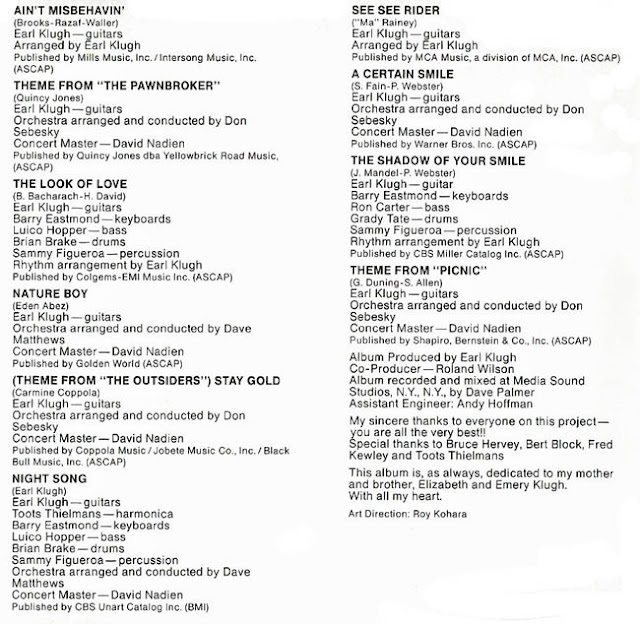 While it's all good, my top picks today are The Look Of Love, See See Rider, and A Certain Smile.

Personal Memory Associated with this CD: None, but it was released around the time I was discovering Klugh's music so I'm surprised I never picked it up then.