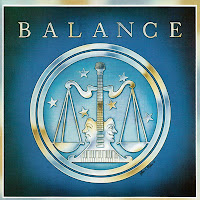 Note: the CD I listened to was the 2010 Rock Candy "Remastered & Reloaded" Collector's Edition: 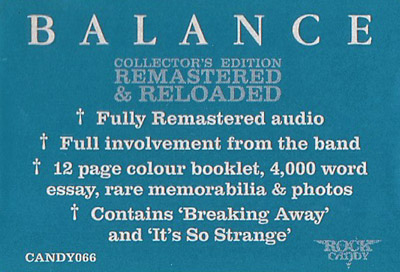 I don't know much about the band other than what's on the wiki and before buying this CD, I was only familiar with the single Breaking Away. Compare to Toto/Airplay/Doobies/Spider's brand of AOR/MOR pop rock of the time: similar sound and production. And there's hooks, just not enough to move a lot of copies, apparently. Still, it's an enjoyable listen overall. Certainly better than the Toto release from the same year.
Press of the time:
Peak on the US Billboard Top 200 chart: #133
Peak on the Billboard Rock Album chart: #43
Peak on Cash Box album chart: #132 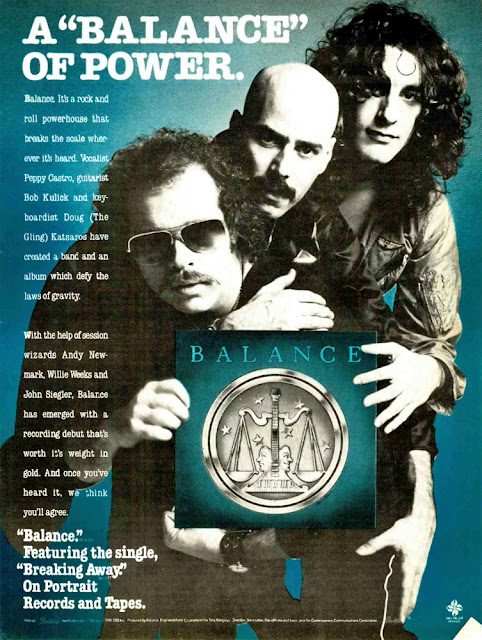 Tracks: The band's only Top 40 single, Breaking Away, peaked at #22 on the pop chart on September 26, 1981 and I'm of the opinion it should have charted higher because it's a catchy little pop number. It's obviously the cream of the crop here, but of the remaining 9 tracks on the album, I count 6½ good cuts, including the ballad Falling In Love which peaked at #58 in January '82. I usually skip Fly Through The Night and American Dream, both of which sound like filler tracks from a Rocky soundtrack album. Track 7, Haunting, has a catchy verse riff but a contrived chorus, so that's the ½ cut I'm referring to above.  I was bored so I made this graph of how the album plays, from beginning to end:

Personal Memory Associated with this CD: None.

Email ThisBlogThis!Share to TwitterShare to FacebookShare to Pinterest
Labels: 1981, Balance