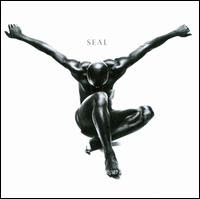 Today, this blog reaches its second anniversary. As I wrap up my sophomore year, Leigh Anne, a faithful reader, suggested that I celebrate by writing about "a good sophomore album." I'm sure she did so knowing that there aren't very many good sophomore albums out there; it's called the sophomore slump for a reason (see also "regression toward the mean"). But I immediately knew which album to pick.

Hardly a sophomore slump, I think this is Seal's best album. Beyond that, I consider it one of the best albums of the '90s (although I'm apparently in a minority on that count, but no matter). Seal's voice is at its best, as are his pop songwriting skills. I've written many times in this space about my love for Trevor Horn's production, but this may be his masterpiece (I've read the sweeping orchestrations and lush harmonies described as "sonic sugar"). Former Prince sidewomen Wendy & Lisa accompany Seal. Everything just fits. This is one of the few CDs I own that I'll listen to, then turn around immediately listen to again. Last time I made a list of my "desert island CDs" this album was in the top half. Yeah, I like it.
Press of the time:
Peak on the US Billboard Top 200 chart: #15 (Sept 9, 1995) 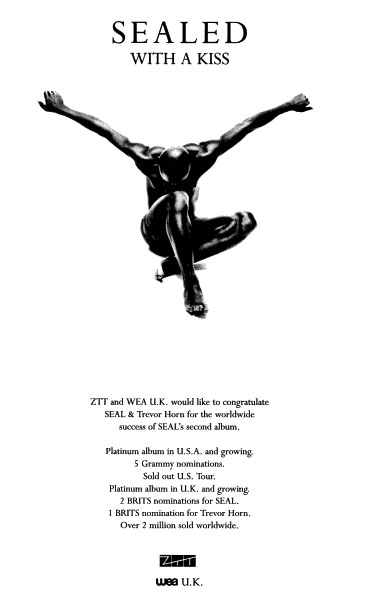 Tracks: the only track I occasionally skip is Bring It On. I wouldn't dare miss any others - tracks 2-10 are gold. No filler. If I to choose a favorite, it would be Prayer For The Dying, but it's hard to even single out that one. Also included here are a wonderful duet with Joni Mitchell, If I Could, and Kiss From A Rose, a #1 hit because of its later inclusion on the Batman Forever soundtrack. The latter track is probably the last #1 single in 3/4 time.

Personal Memory Associated with this CD: The condition of this CD is what my mother would call "well-loved": the disc is scratched and stained, the jewel case is cracked, the booklet has suffered a little water/coffee damage, etc. I bought the CD on a whim at a Sound Warehouse on Westheimer along with Alanis Morissette's Jagged Little Pill. I first listened to it that night as I was working in the garage. In spite of that premiere, I consider this a rainy day/foggy morning CD.

I want credit for never using the all-too-obvious eyerolling phrase "This gets my SEAL of approval" in this post.

Email ThisBlogThis!Share to TwitterShare to FacebookShare to Pinterest
Labels: 1994, Seal