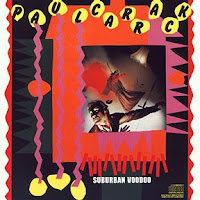 I knew of Paul Carrack because he sang lead vocals on Squeeze's classic song, Tempted. Based on that one song, I bought this album (which, of course, didn't contain that song). Produced by Nick Lowe, this release is a great melding of blue-eyed soul and power pop along the lines of Lowe, Rockpile, and Dave Edmunds, with more hooks than a tackle box. For some reason, Carrack's solo work wasn't very successful commercially, so he eventually moved to become the lead singer of Mike + the Mechanics in the late '80s. Up until he sang with that group, his biggest hit may have been as the singer for the one hit wonder band Ace, which had a smash in 1975 with How Long?

Tracks: All 12 are good; I never want to skip any tracks. The single released from this CD was I Need You, which should have been a big hit. Other favorites include I'm in Love, So Right So Wrong, From Now On, and I Found Love. If there is a weak track, it is Call Me Tonight. 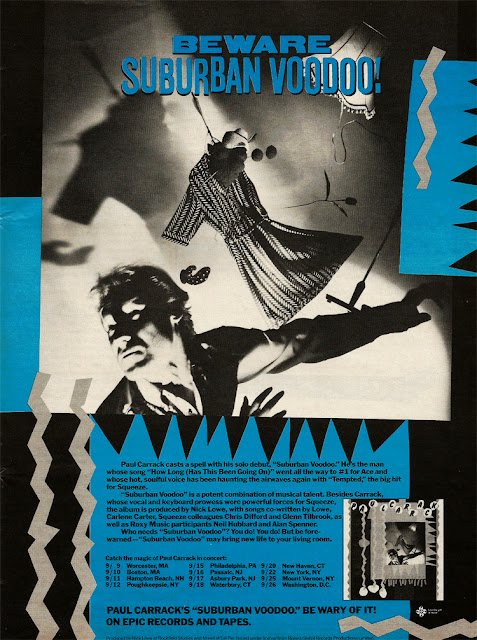 Personal Memory Associated with this CD: As a 16 year old boy, I was trying to impress a girl with the fact that I was listening to music you didn't normally hear on the radio. So, in my weak efforts to woo this girl, I mentioned that I had just bought this album. She responded "Surburban what?!?" before never talking to me again. Thanks, Paul Carrack.
Posted by Mark at 2:44 PM