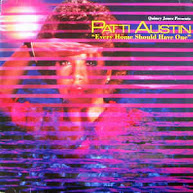 When I posted about Herbie Hancock's 1982 album, Lite Me Up, I called that album the sequel to Qunicy Jones' The Dude. I stand corrected - this Patti Austin album is the sequel to The Dude. That means that this album features Jones' impressive production prowess more so than Austin's vocals. I could see where a critic might say that any vocalist could have recorded this album with Q, but I'm not sure I'm ready to go that far.
After recording 4 jazz albums for Creed Taylor on the CTI label, Austin redirects her talents here to adult contemporary R&B and helps kick off Quincy Jones' fledgling Qwest label. 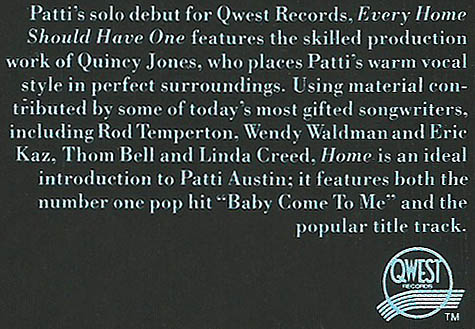 Rod Temperton (who wrote the best slow jam of all time) penned four of the tracks here and there's plenty of recognizable names in the playing credits: Greg Phillinganes, David Foster, Richard Tee, Bob James, Steve Lukather, Eric Gale, Ralph MacDonald, Ernie Watts, Jerry Hey, etc.
I've read complaints that the CD version contains some edited/remixed tracks, but since I never heard the original vinyl or cassette, I'm blissfully oblivious to any differences. That's good, because such things would irk me to the point of needlessly hindering my listening pleasure. 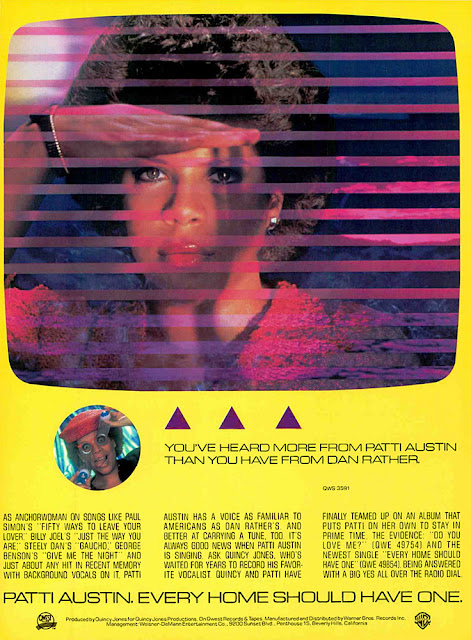 Chart peaks:
Tracks:
Personal Memory Associated with this CD: None. Did I hear this album in 1981? No. Would I have enjoyed it as much then as I do now? Absolutely.

Previously revisited for the blog:
Carry On (1991)