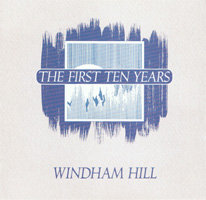 Today marks the tenth anniversary of The CD Project and I'll admit that I bought this 2 disc set based mainly on its title and solely for the purpose of featuring it today. But it's fitting so I make no apologies. Here's the gist of this new age compilation directly from the liner notes:


We actually pre-date the term considerably, and I don't see why we should be particularly enthused about settling for it.

However, I believe history will remember the label (1976 - 2007) as synonymous with the genre.

I thought I was quite familiar with the Windham Hill label since I've ben listening to some of its releases since the early '80s. Plus, CDs from William Ackerman, George Winston, and Liz Story have all appeared on this blog. However, after giving these discs a listen, I quickly discovered there were quite a few Windham Hill artists I had never heard nor heard of. Overall, a very relaxing album, as you might expect, but with more variety than most new age albums - a nice primer.


Personal Memory Associated with this CD: None 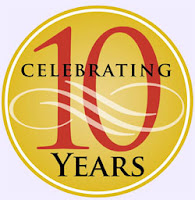 Email ThisBlogThis!Share to TwitterShare to FacebookShare to Pinterest
Labels: 1990