The Best of Stanley Turrentine (1990) 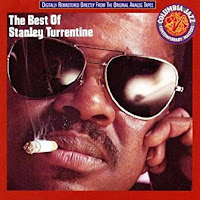 Saxophonist Stanley Turrentine (1934-2000) recorded for Creed Taylor's CTI label from 1970 - 1973. This "best of" disc covers tunes recorded with that period. Includes his signature tune, Sugar, and two previously unreleased tracks. Just check out the murderers' row of musicians on these recordings (below). 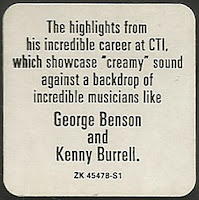 It's no coincidence that Columbia would list Benson and Burrell on the promo sticker because their solos are the ones that stop me in my tracks on each cut. Other standouts for me include Milt Jackson and the incomparable Richard Tee.

That badass Alen MacWeeney cover photo originally appeared on the cover of a 1974 CTI anthology titled The Baddest Stanley Turrentine.

Tracks: with 76 minutes of music, you certainly get your money's worth on this compilation (especially when you can find a used copy for a couple of bucks) 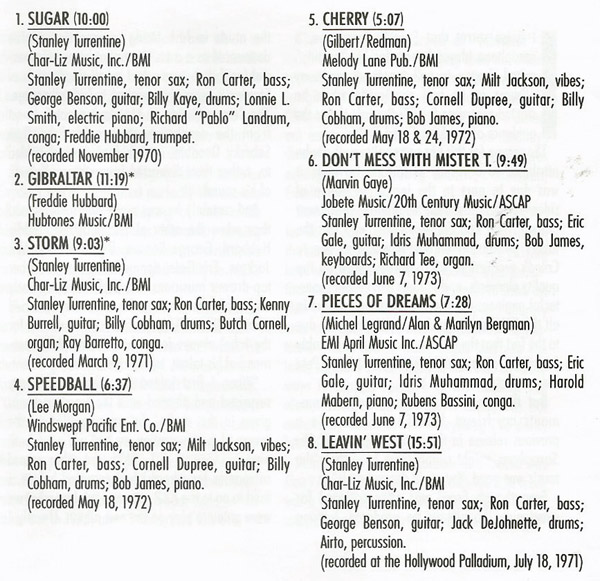 Personal Memory Associated with this CD: None. Turrentine appears on many compilation CDs in my collection, but, despite having many of his releases on vinyl, this is the first Turrentine CD I've ever owned.