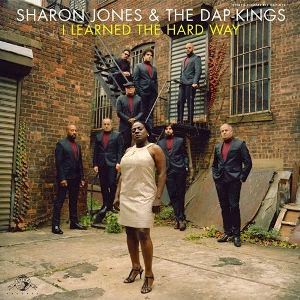 What a voice!  I'm glad Jones and the band were smart enough to lead a '60s R&B revival, because that's what her voice was intended to do.  The Stax-influenced horn parts are spot on and the use of analog equipment gives everything that "just right" feeling.  I've read comparisons to Motown, but those are way off - this music is steeped in the Memphis-Muscle Shoals southern soul tradition.  This ain't no cover or tribute band wallowing in retro hipness, they're the real deal with lots of attention to authentic detail right down to the font selection on the liner notes.  However, the writing here isn't consistent so while this album isn't bad by any stretch, it turns out to be hit-or-miss without much variety. Don't get me wrong, Jones could sing the IRS instructions for Form 1040 and I'd listen to it at least once, but there's just too many mid-tempo minor key songs on this album for this guy.

Tracks:  Top tracks include Better Things, the title track, Window Shopping, She Ain't A Child No More, Without A Heart, and the instrumental The Reason. 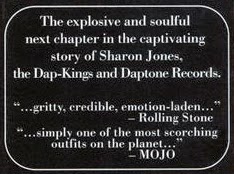 Personal Memory Associated with this CD:  None