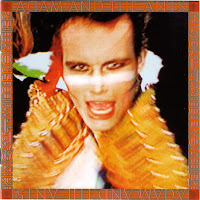 Note: this release was originally purchased as a LP, later replaced by a CD. The CD I listened to was the 2006 reissue which includes 6 bonus tracks. 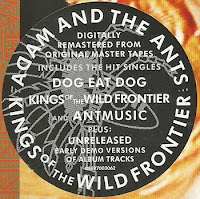 Yesterday I read an article over at avclub.com titled "How Adam Ant made the ’80s his bitch" and I particularly enjoyed how this album was described:


Never one for half-measures, Ant launched his 1980 album, Kings Of The Wild Frontier, with a bizarre new sound that mixed rollicking sea shanties, polyrhythmic Burundi drumming, and Native American war-whoops (at least as they’re portrayed in Hollywood Westerns).

That's the perfect description of this album.  Adam Ant called this album "the final nail in the coffin of punk."  I was 15 when I heard it for the first time; it was like nothing I had ever heard before and there's still nothing else like it.  As I was entering the "I'm cooler than you because I listen to musicians you've never heard of" phase of my deluded adolescence, this album was perfect.  This is easily Ant's best album.  If I remember correctly, I was attracted to the band name before I'd even heard any of the music.  I think Adam Ant would like that.

You would think that an expanded remastered edition would include detailed liner notes, but you'd be wrong.  We get lyrics and merchandise ads.  Adam Ant released a new album this week titled Adam Ant Is The BlueBlack Hussar Marrying The Gunner's Daughter.  I won't run out and buy it, but I'll at least give some samples a listen. 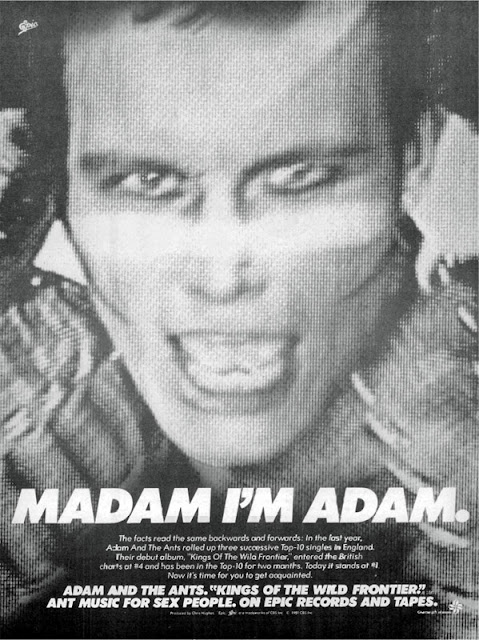 Tracks:  It's a strong album, but what was side one (tracks 1-6) is much better than side two. Favorites included Dog Eat Dog, Antmusic, the title track, and disco spoof Don't Be Square (Be There) which contains some of my favorite nonsensical lyrics. I usually skip the last three tracks, Jolly Roger, Making History, and The Human Beings.

The bonus tracks are unreleased demos.  Like most bonus tracks of this nature, they are interesting to listen to once but not more than that.

Personal Memory Associated with this CD:  As I wrote earlier, this music, reminds me of driving a crowded Markmobile to Brazos Mall in Lake Jackson on a sunny Saturday afternoon.  I also remember a couple of songs from this album (Killer In the Home and Dog Eat Dog) being included in a 1981 Epic Records sampler I owned on cassette entitled Exposed. 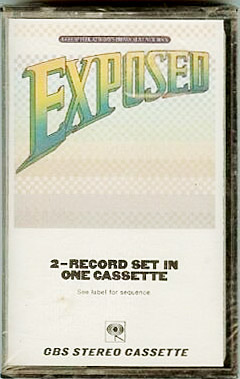 Email ThisBlogThis!Share to TwitterShare to FacebookShare to Pinterest
Labels: 1980, Adam and the Ants, Adam Ant