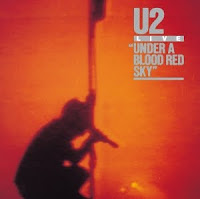 U2 will go down as one of the best live bands in the history of rock and roll. In November 1983, the band released what they called a "mini-LP" live album for a "special low price" - 8 tracks, 35 minutes, $5.99. I'll go out on a limb here and call this U2's best album. Back when the band was in their early 20s and before Bono developed his God complex, they could really rock. U2 has always been about sound rather than songs and they sound really good here. I was a fan of U2 from 1983's War through 1987's The Joshua Tree. I really haven't had much use for them since then. I lost all respect for Bono when he tried to teach BB King about the blues in Rattle and Hum.

Tracks: All 8 tracks are good, but I'm partial to Gloria, The Electric Co., "40", and the definitive version of Sunday Bloody Sunday.

DVD: Fun to watch if only for the clothing and hair styles in the audience. There are some problems with light streaking, but those aren't too distracting. The sound is good enough that I should take the time to rip the audio to mp3 files. I like that we are treated to a live version of one of my favorite U2 songs, Two Hearts Beat As One. Seeing the band live here reinforces my belief that the real musical force behind U2 is The Edge. He moves effortlessly between guitar, keyboards, bass, and vocals. When do we get a solo CD from The Edge?

Personal Memory Associated with this CD: My original cassette (which I still have) never left the Pioneer car stereo in the Markmobile in December of 1983. Around that time, in an effort to woo a girl named Gloria, I gave her a copy of the cassette and told her to listen to the song titled Gloria. Even back then I knew that was a lame idea. Needless to say, that effort didn't work. 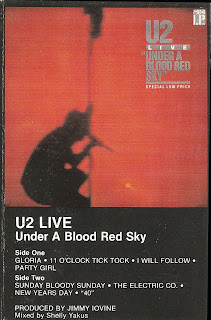 Email ThisBlogThis!Share to TwitterShare to FacebookShare to Pinterest
Labels: 1983, U2