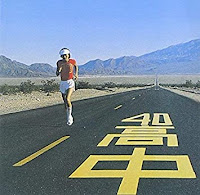 When I first heard this album, I immediately compared its late-70s smooth jazz sound to George Benson and Lee Ritenour (see below) and felt more than a little smug when I eventually checked the album credits and there's Rit. But he's not the only familiar name performing here. 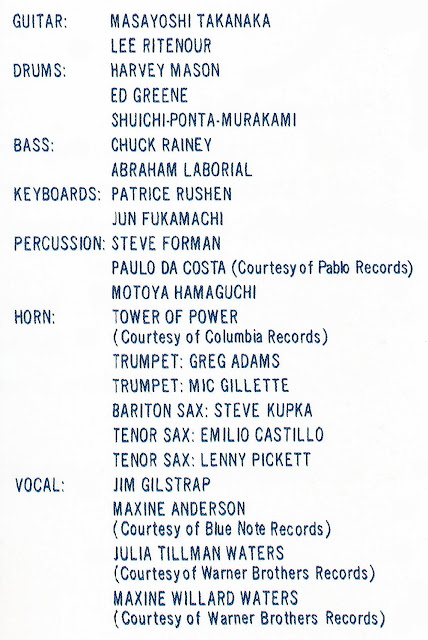 With that crew, it's no surprise this album has a definite Westcoast feel to it. A perfect summer album and since it is currently 89° outside, I'm already in summer even though it's only been spring for less than a week.

I love the thing, but let's check out some select YouTube comments:
More on Takanaka here and here. Dude's got chops.

Peak on the US Billboard Top 200 chart: not released in the US

Tracks: It's all good, but today my favorite tracks are Sexy Dance, E.S.P., the closing ballad Good (Bad?) Old Days,  and there's something for everybody at some point in the title track.

Personal Memory Associated with this CD: A couple of years back, I was looking at a MTV programming list from April 13, 1983 and found several songs/videos with which I was unfamiliar, including the song Thunderstorm by Takanaka:

Once I got past the headgear, I was digging on the prog fusion but not falling in love with it. However, YouTube then suggested this An Insatiable High album, which I initially ignored, but faithful CDP reader @DirkDigglinator did not. He gave it a try, got word to me to try it, and it was love at first listen. I soon tried to spread the word like a 21st century Paul Revere via twit & text:


Eventually found a copy at CDJapan and here we are. 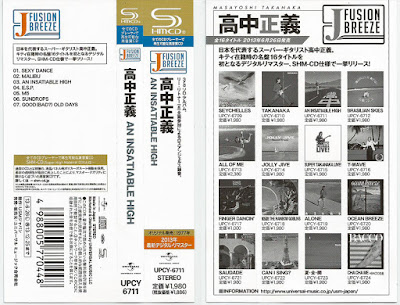