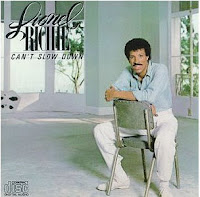 Hard to believe this is wonderful slice of pop music is from the same guy that co-wrote the funk classic Brick House, but I'm a sucker for good pop music. This was the pinnacle of Richie's career. It won the Grammy for Album of the Year in 1985, beating out Prince's Purple Rain and Springsteen's Born In the USA (maybe they split the vote?). I'm sure a lot of you would be able to sing along with most of the songs - I just can't help liking this over-produced, maudlin, sentimental album.

Tracks: Of the 8 cuts here, I like the title track, All Night Long (All Night), Love Will Find A Way, The Only One, and Hello. Penny Lover and Stuck On You don't really do much for me, though. 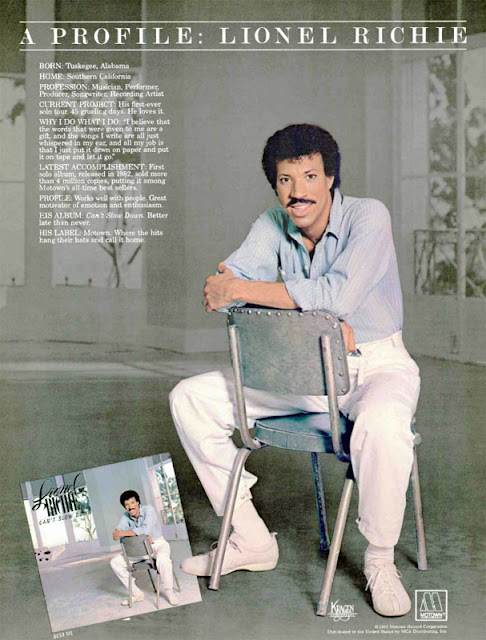 Personal Memory Associated with this CD: The first thing that comes to mind is playing All Night Long with the jazz band in high school (I think I have a recording around here somewhere). Songs from this album were everywhere during my senior year of high school, so it's more of a reminder of that time. During the summer of 1984, I learned how to play Hello on the piano and thought I'd use it woo women when I hit college that fall, but I never had the opportunity. It's a good thing; I don't think it was in the right key for my vocal range and I knew very little about transposing back then.
Posted by Mark at 8:46 PM